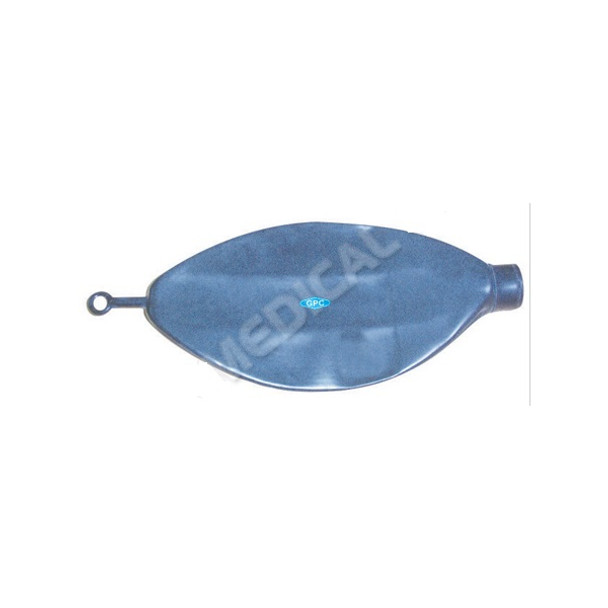 Using a five or six liter rubber bag, inhalation and exhalation can be practiced. Since the same air is breathed, carbon dioxide, rather than oxygen, is transferred avoiding hyperventilation.

Practice emptying and filling the lungs by slowly rebreathing air several times in a row. In this exercise the muscles of enlargement will learn to work apart from the muscles of reduction. It is important that the lungs go from extremes, empty to full. Rebreathing air from a breathing bag can be done repeatedly for about twenty seconds without discomfort.

An air bag can also be used as a rough gauge of a person’s vital capacity. Another use is with an instrument. After a full inhalation, exhale into the bag filling it as much as possible. Hold the air in the bag with a finger over the tube. After positioning the instrument for playing inhale from the bag and start playing the instrument. The bag gives a visually known quantity of air.

MSRP:
Now: $37.95
Was:
The Gig Bag allows you to carry the Jazz stand and a folder of sheet music together. Perfect for when you are on the go!

MSRP:
Now: $108.00 - $189.00
Was:
Altieri Trumpet Bags, whether for 1 or 6 horns, are composed of cocoon-like environments for sleeping trumpets. Our design, approved by brass repair technicians, keeps the horns vertical so no...

MSRP:
Now: $16.25
Was:
The incentive spirometer, or Inspiron [Inspirx®], is a device used to give respiratory patients a visual demonstration of how much air they can inhale. While this was designed for inhalation, if...

MSRP:
Now: $15.95
Was:
Similar to the Inspiron®, the Triflo® is an incentive spirometer. It has three chambers with their own balls that requires air pressures from 600-1200 cc per second. Designed for inhalation,...

MSRP:
Now: $19.95
Was:
The latest device in breath control in the music field. Instrumentalists and vocalists alike have found how they can use their breath energy more efficiently. Your tone will improve and most of all,...

MSRP:
Now: $125.00
Was:
UpSound is a warm-up and practice device for use with brass instrument mouthpieces.The UpSound chamber simulates the back pressure of an instrument. By using a mouthpiece with UpSound the player will...

MSRP: $19.95
Now: $19.50
Was:
What is a Berp?Simply put, The Berp is the most efficient tool you can use to help yourself become a better brass player. It helps you develop proper breath support by blowing into resistance,...

MSRP:
Now: $3.75
Was:
Gosling’s Original ChopSaver is quite simply the best lip balm on the market. We say that because satisfied musicians and medical professionals tell us that every day. Originally created to help wind...

MSRP:
Now: $48.95
Was:
The Classic functions very well when you cannot have your instrument to “berp” on, and you are satisfied with the resistance it provides. It looks great, and some say gets a better buzz sound than...

MSRP:
Now: $25.95
Was:
Buzz Enhancer for Brass Players. Made of tough Delrin Plastic. The unique combination of shapes controls the airflow to achieve balanced resistance The internal taper through the throat section...

MSRP:
Now: $7.50
Was:
The new FIXIT tool is the second generation of the popular Woodwind Multi-tool. This new tool includes many customer requested improvements which include a stronger tool blade, a knurled center...