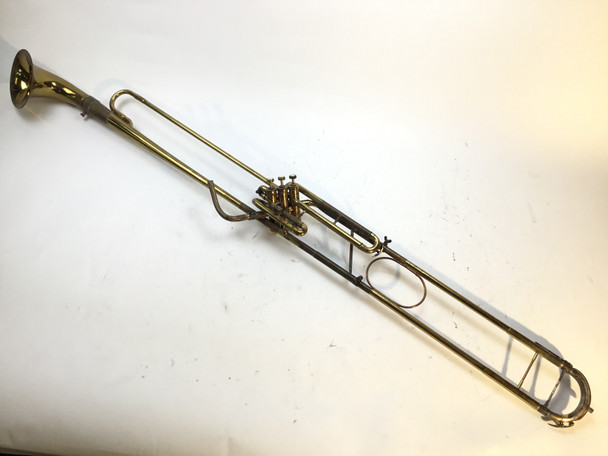 Used Lavallophone (key of Bb) in raw brass.  This instrument was custom built for Paul Lavalle and his Cities Service Band of America for radio and NBC Broadcasts of the band in the late 1940s - mid 1950s.  It was probably played by Gene Morra, euph / baritone player with NBC and original member of the Cities Service Band.  No case

MSRP:
Now: $995.00
Was:
Used Courtois (Paris) Bb flugelhorn in silver plate. This instrument is in fair overall condition with minor wear and repair evidence throughout, not affecting playability. No case.

MSRP:
Now: $9,995.00
Was:
Used Alexander contrabass trombone in F, instrument is in raw brass and is in excellent condition minus two dings on valve tubing; has 10 3/8" bell with nickel garland around rim, double independent...